I recently photographed Ted Nugent.  I know, I know his name rings controversy with many who don’t like his politics or his passion for hunting and guns and those who think he leans too far to the right for their taste.   This is not for me to decide, we each have our own beliefs which might be just as biased in the opposite direction, he’s entitled to his beliefs just like every other American.  Regardless, he’s a self-taught artist who has has a successful career in music and continues to literally rock the stage and has done so for many years.  I’m not interested in anyone’s opinion on his politics or beliefs, my job is to capture the artist and his artistry, it’s what I do.

Not many artists begin their set with the Star Spangled Banner….Ted did and the room stood in respect, it was a great Patriotic entrance.

You can see in his face, he truly loves his craft.  Please enjoy the photos 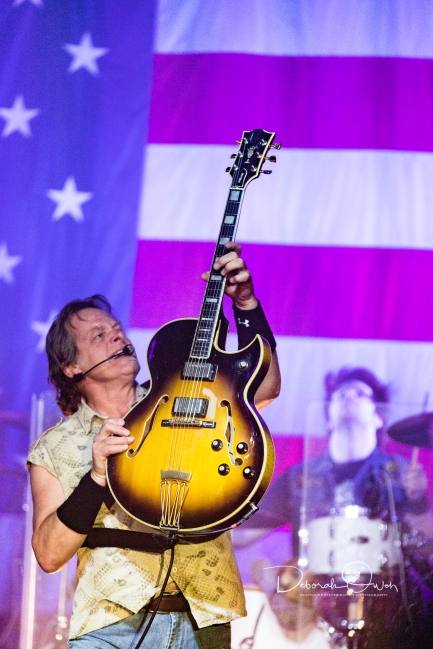 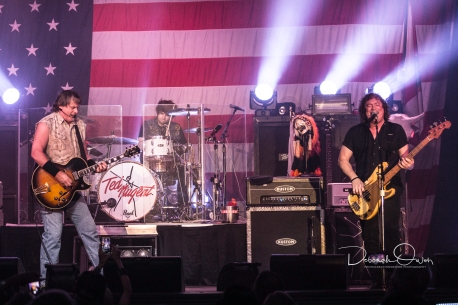 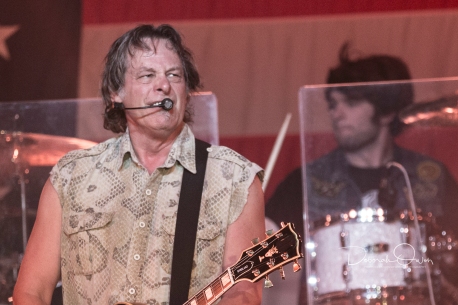